Hope you have enjoyed my projects for Simon Says Stamp Best Days Blog Hop on Saturday. I made two more cards using couple of dies from the release which I am sharing with you today.

I am using Blooming Circle and Sweet Elephants dies from the Best Days release to make a girl and boy version of the same card. These are clean, simple and easy to whip up cards. 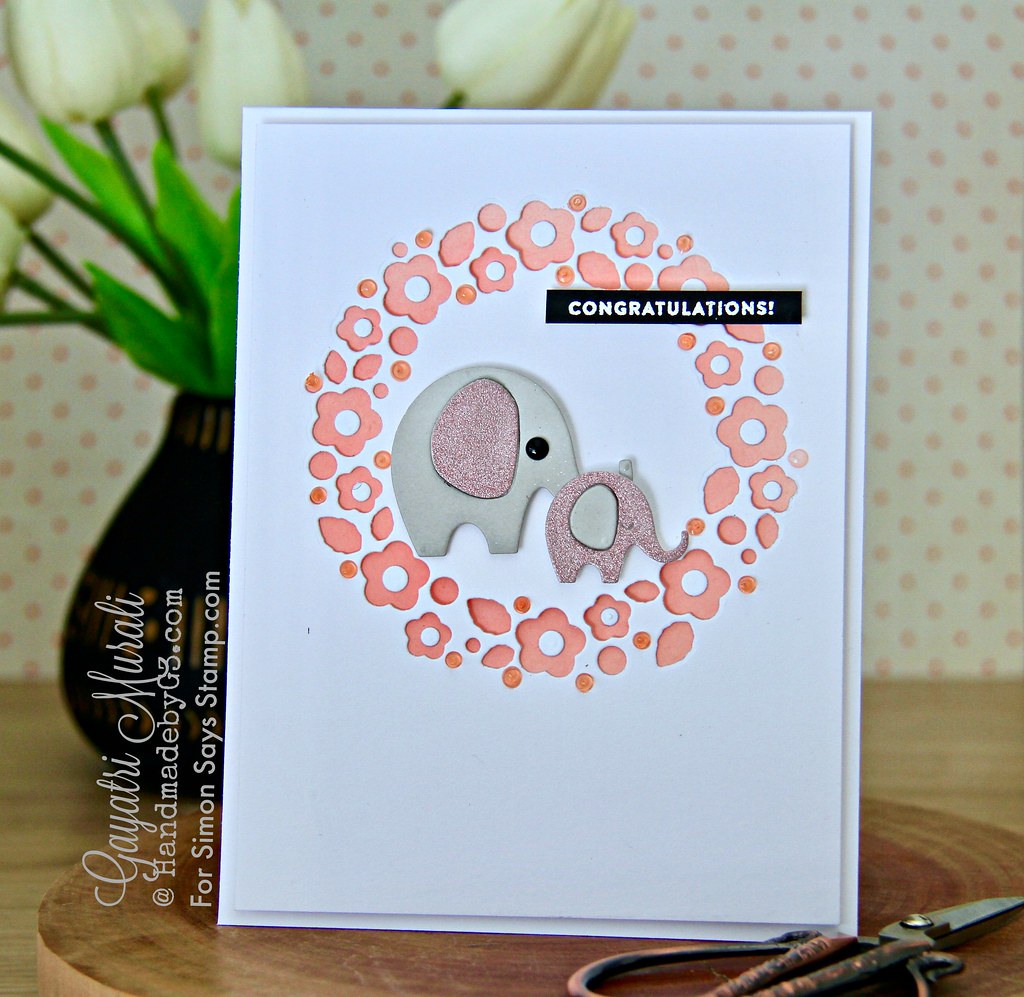 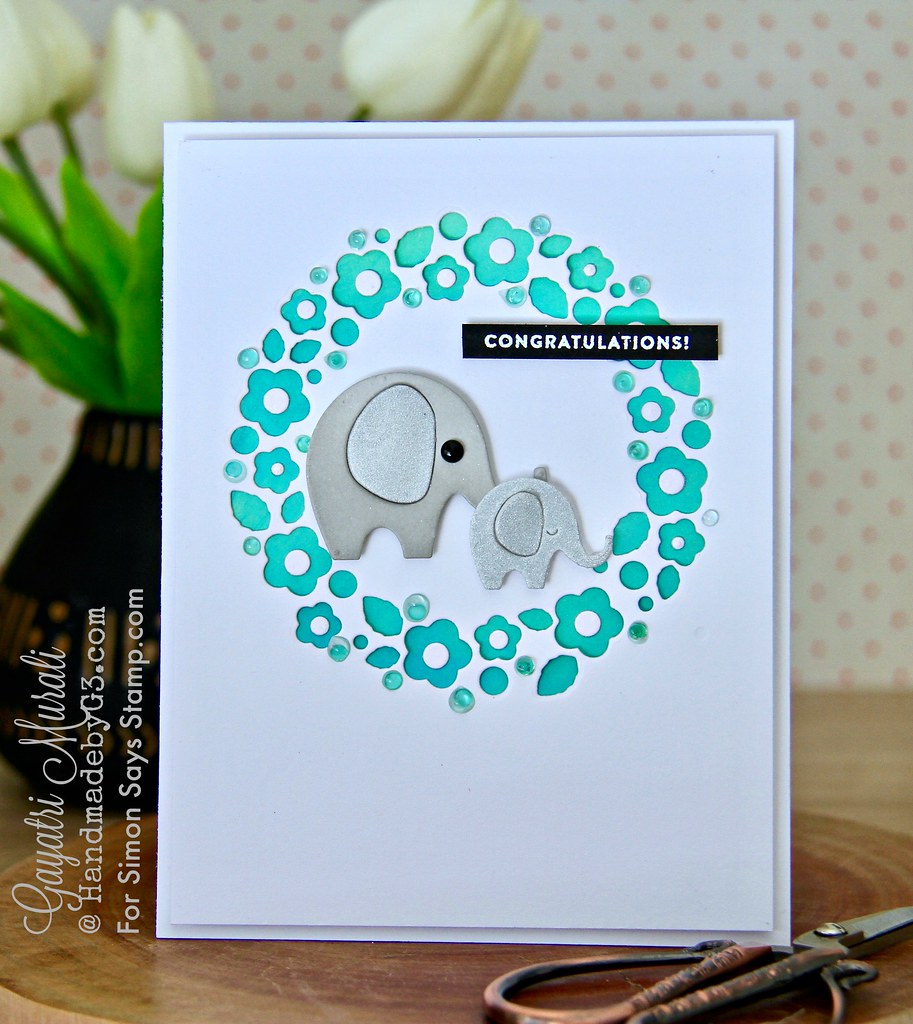 Here is how I made these cards:

Here are some closeups of both the cards. 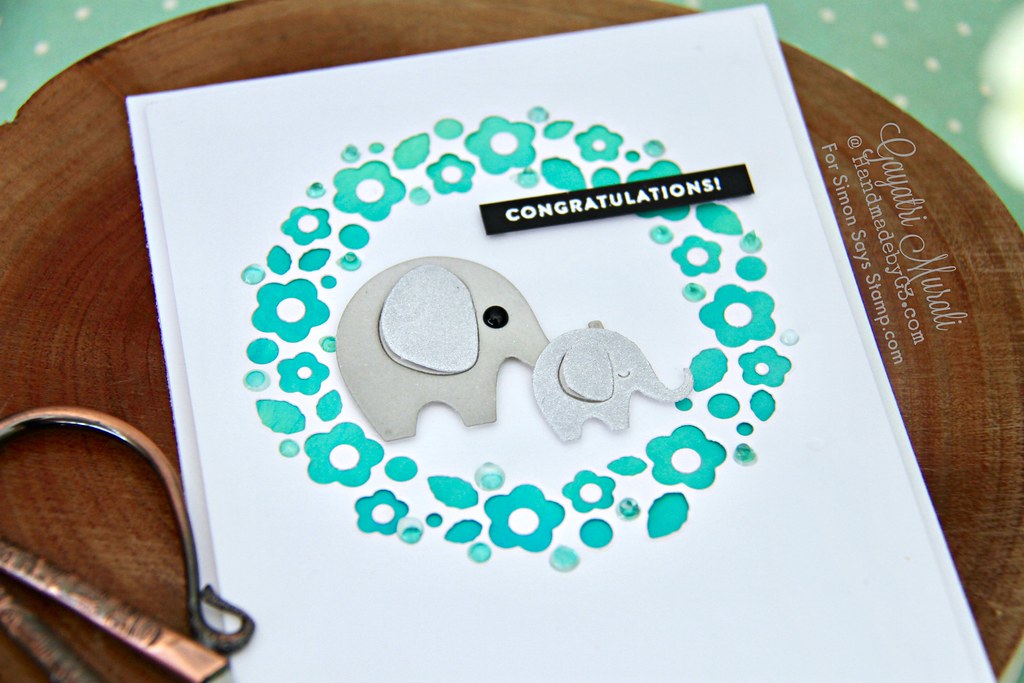 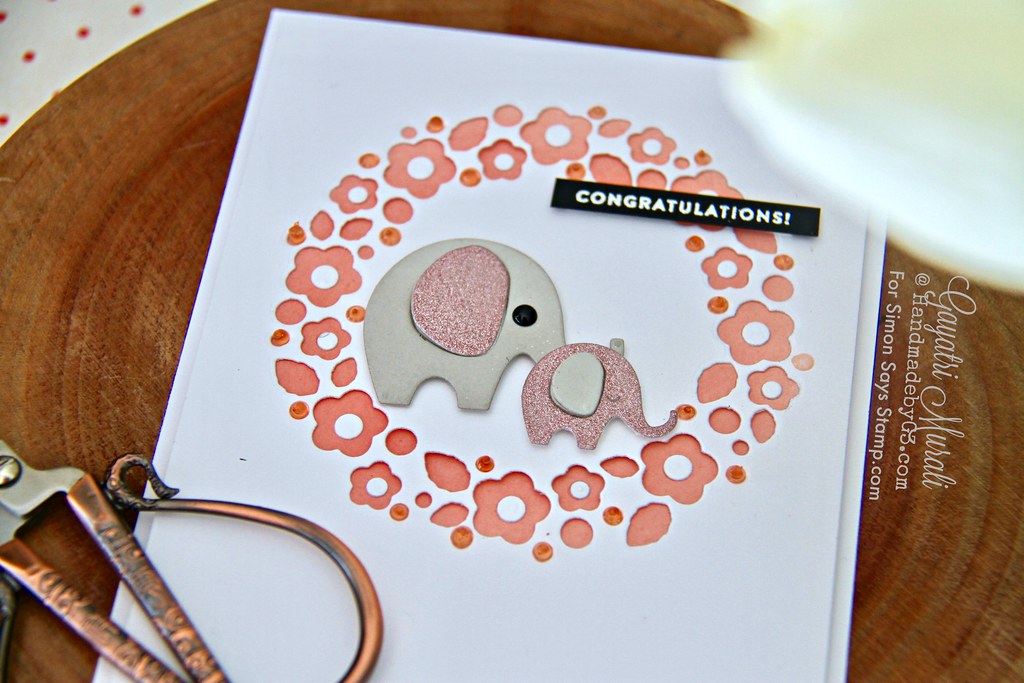 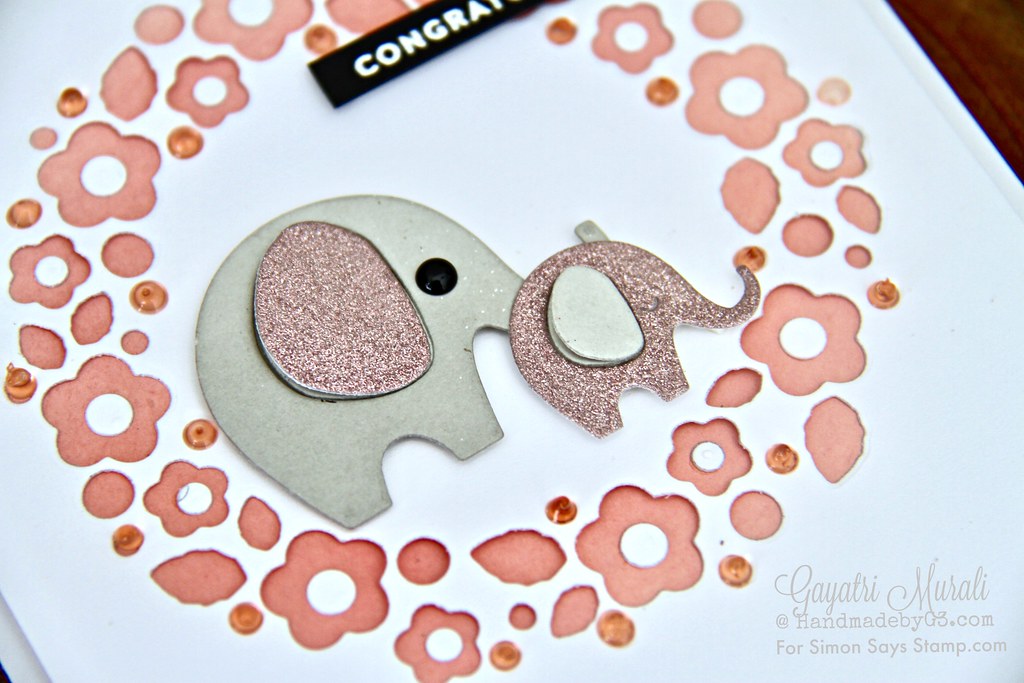 You can see the dimension on the elephant’s ears on the photo above. The elephants are so so cute. Love them so much because elephants and giraffes are my favourite wild animals. The blooming circles beautifully frames the focal images and sentiment and also adds colour. Such gorgeous release. Hope there are a few products you picked up from the release. 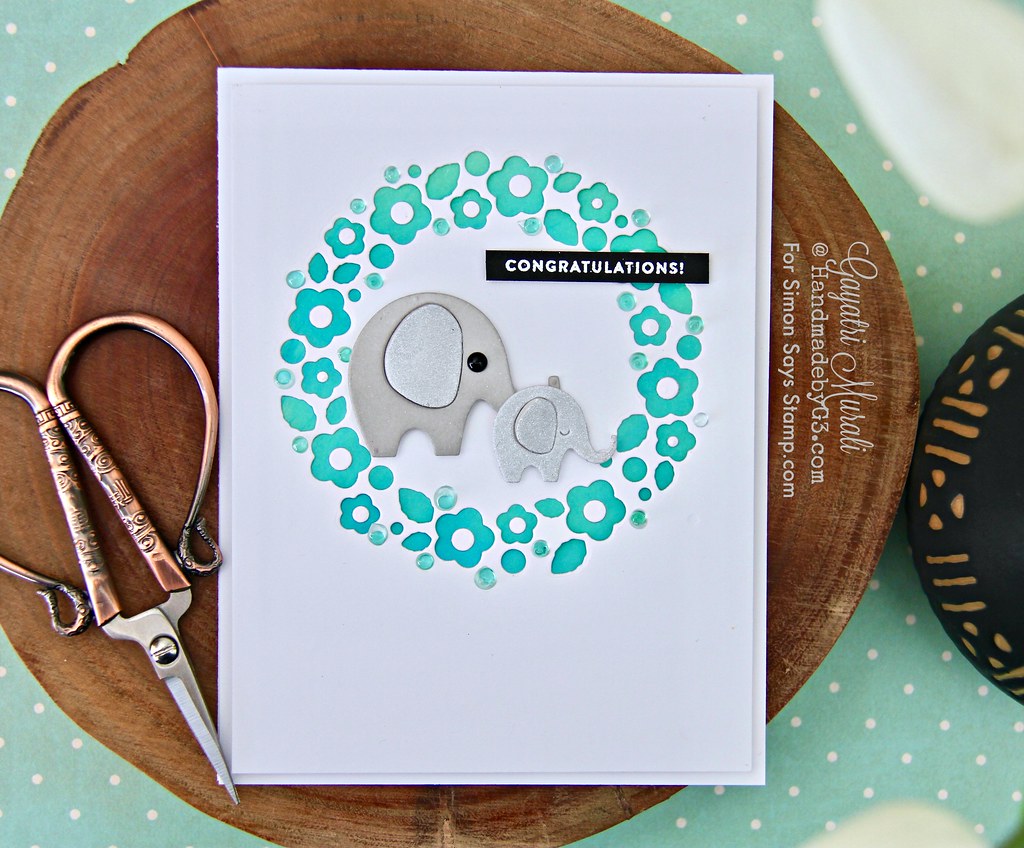 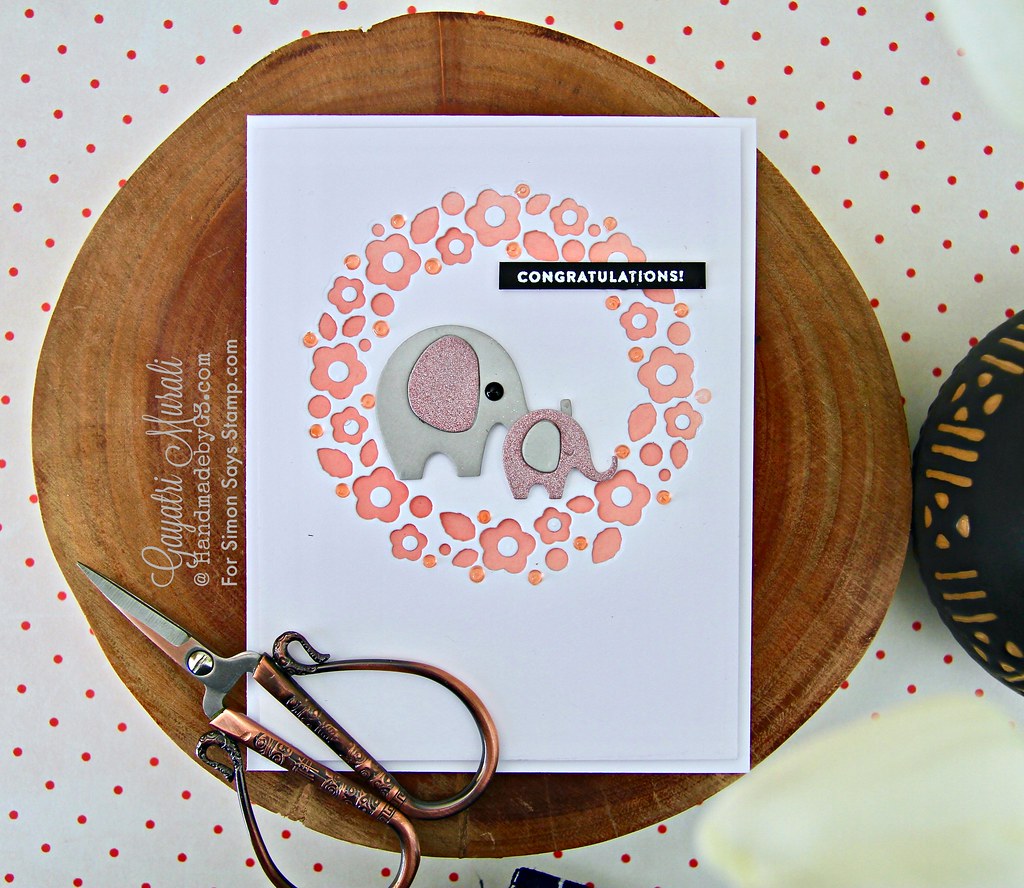 Here is the image to booking on your Pinterest Board. 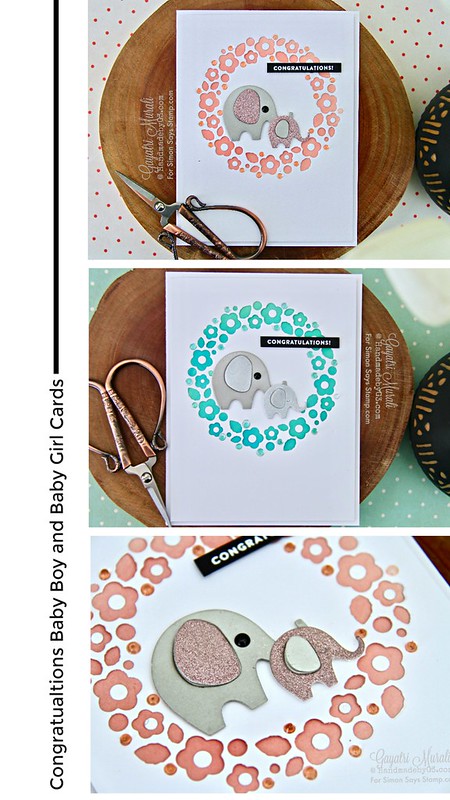