Yay! Its the release day today. All the new goodies are now available for purchase at the Taylored Expressions store.  I am showcasing two new products today. The first on is a stamp set and coordinating die called Pow!Boom!Wow!

I combine this stamp set and die with My Super Hero stamp and die combo to make this card. 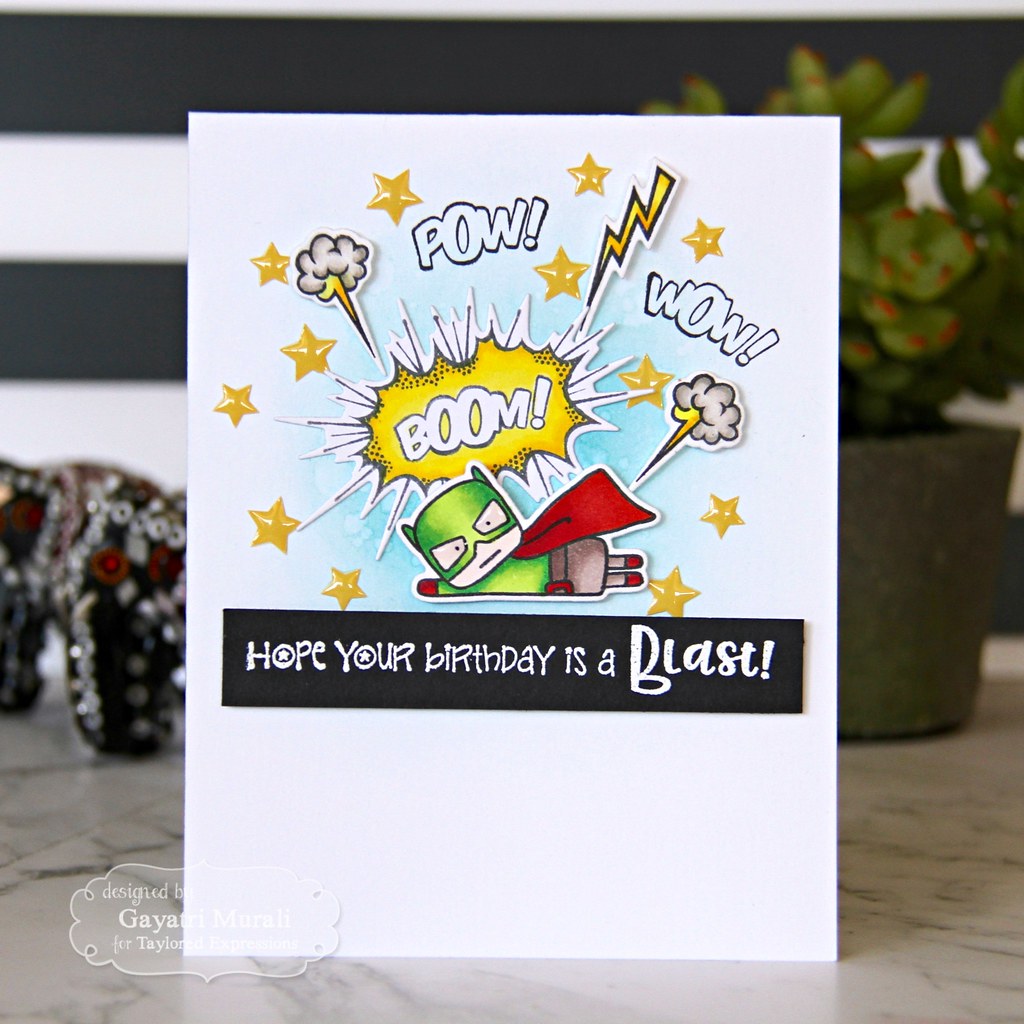 I sponged the background with Broken China and spattered with water to add texture. I stamped the images from both My Super Hero as well as Pow!Boom!Wow! stamp set with Oreo Ink. Coloured them with copic markers and die cut them using the coordinating dies. I adhered the images as shown on the card front. Some of them flush glued and the others with foam adhesives. I also stamped couple of sentiment from Pow!Boom!Wow! directly on the card front using Oreo hybrid ink. 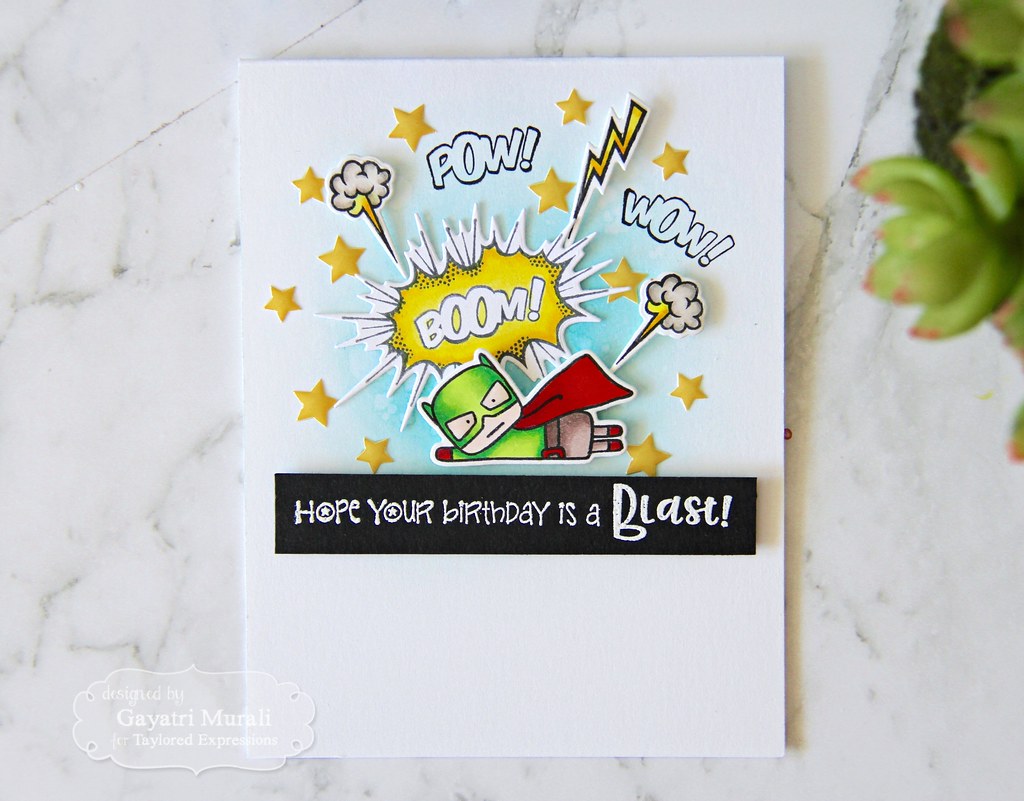 I then white heat embossed the sentiment from Pow!Boom!Wow! stamp set on a strip of Oreo cardstock and adhered below the cluster of images. Finally I added lots of Lemon Meringue enamel shaped stars. That felt complete. Here are some closeups of the card. 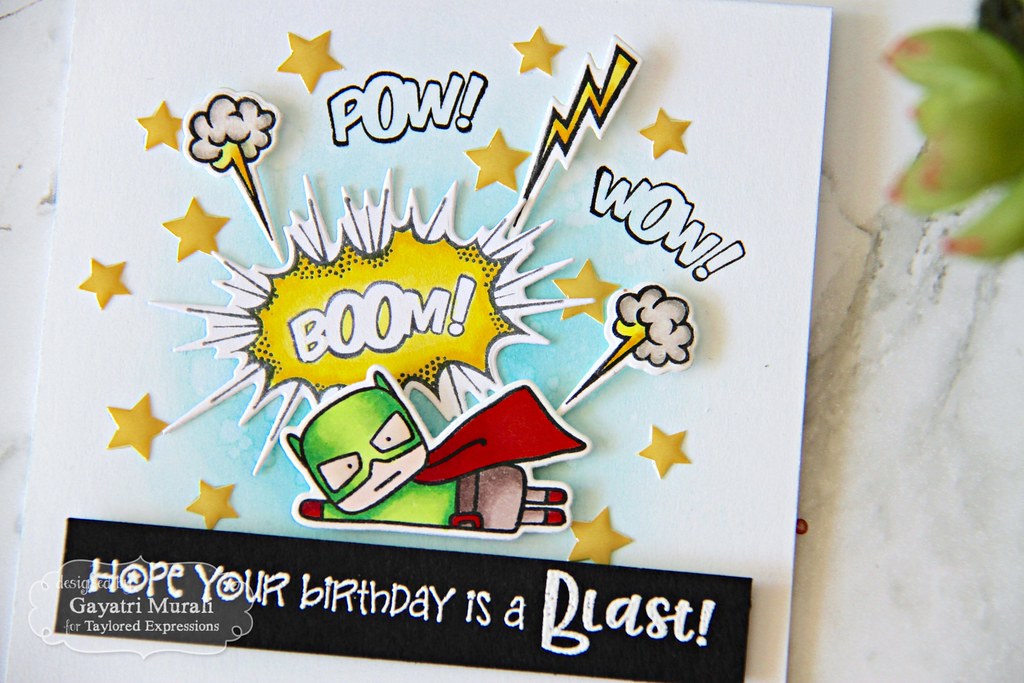 This die goes behind the Downtown Border die and that was what I did on my card. 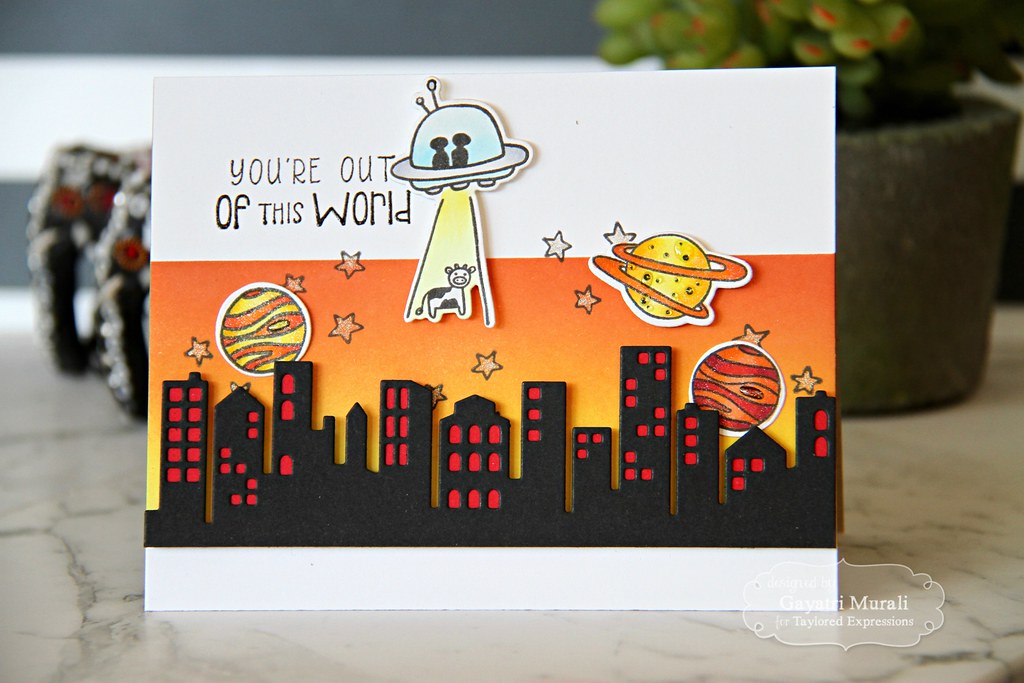 I masked and sponged the card front with Candy Corn, Pumpkin, Lemon Meringue and Potato Chip TE dye inks. I then die cut the Downtown Border Underlay die with Watermelon cardstock and Downtown Border die using Oreo cardstock. I layered the border die with the underlay and glued. I adhered this on the bottom of the sponged area. 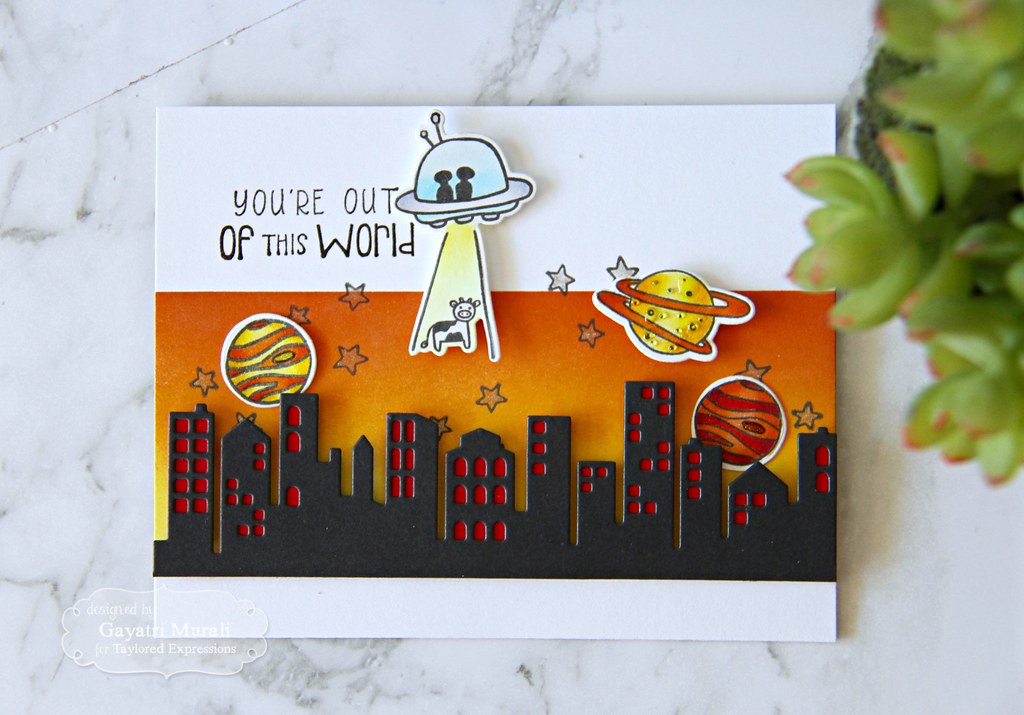 I then stamped some of the images from Space Cadet stamp set, coloured with copic markers and die cut using the coordinating dies. I adhered them on top of the Downtown die. Again some flush and others using foam adhesives. Then I stamped the stars as well as the sentiment from the stamp set on the card front using Oreo hybrid ink. I used Wink of Stella on the stars as well as on the planets. I added some glossy accent on some areas of the planets for added texture. Love how this card turned out. 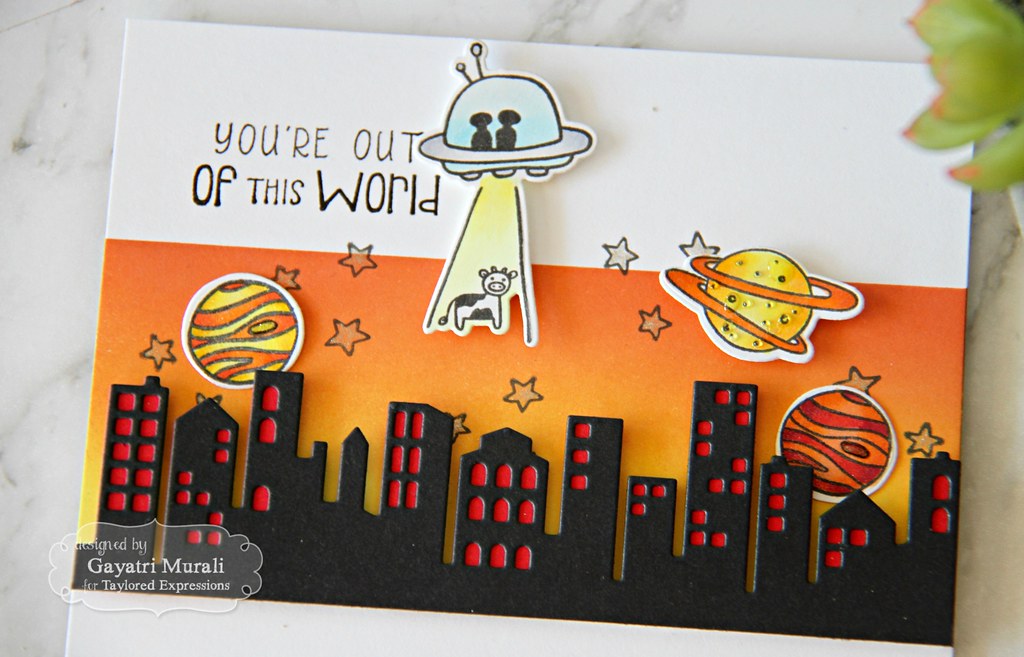 All the supplies I used to make this card are listed below.

Hope you liked all my projects this release. All the new release products are now available at Taylored Expressions store. Happy Shopping!