Hey everyone, It is July already! Whoa! I have missed so much for past couple of months in terms of crafting. I am trying to stay with the postings but because of the huge postal delay, it is just not possible. I missed all of Taylored Expressions June release. The release package arrived only last Thursday. So I will be making projects using the June releases and posting in the month of July. Anyway, today Taylored Expressions is releasing individual products from the Rainbow Kit released last month including the stencil, 2 clear stamp sets, rainbow die, and cloud die. In addition, TE also have three new rainbow-themed products that will be released along with the kit items. They are Brighter Skies stamp set with coordinating dies and Building Blocks – Be Bright

The new two products have not yet arrived to me. So I used the individual products from the Rainbow Kit to make a set of cards. 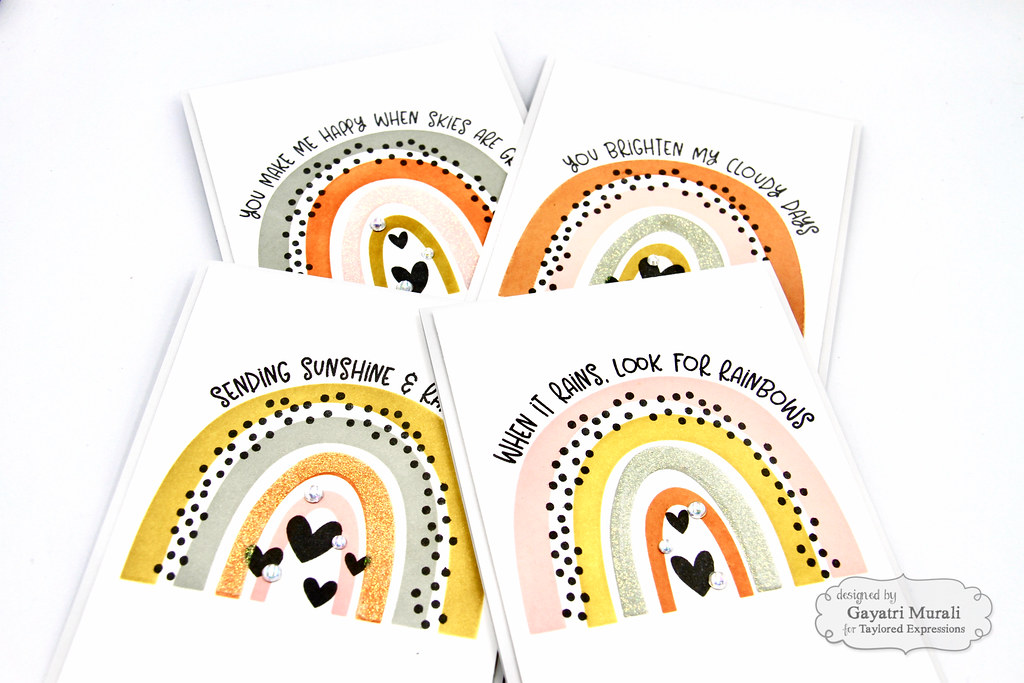 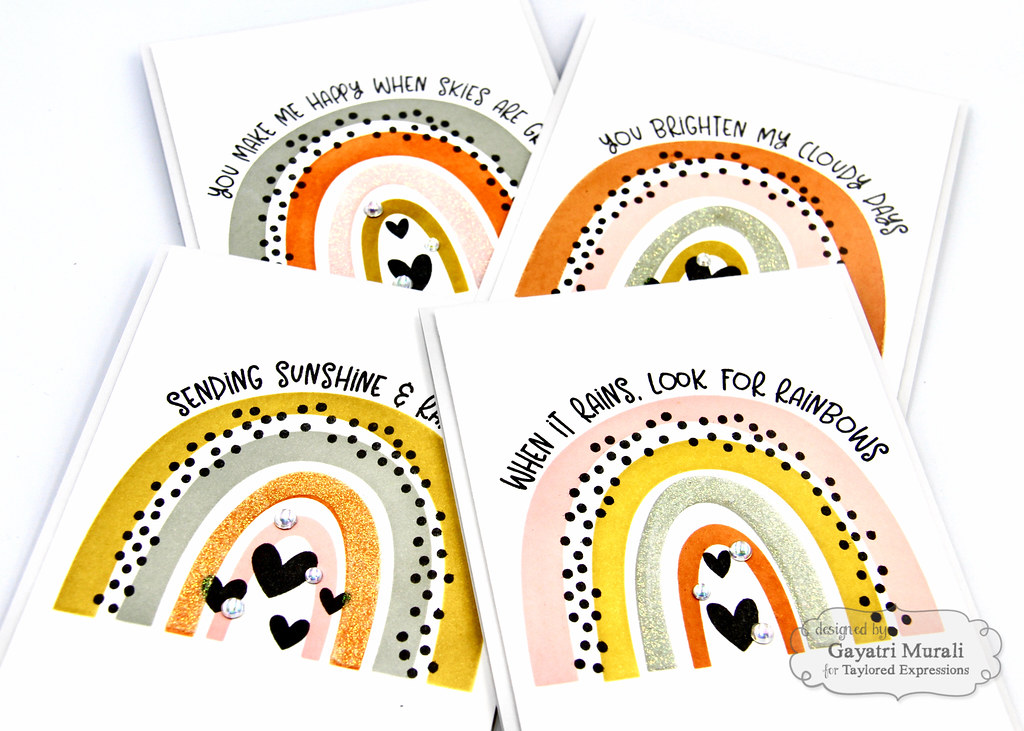 I picked four TE colours to make the rainbows using the stencil. The TE dye ink colours used are Pink Champagne, Pineapple, Mushroom and Sweet Potato Pie. I sponged these colours using the two rainbow stencils and masks on four Sugar Cube panels. I rotated the colours on each of the panel for variation. Then I used the Nuvo Moonstone glimmer paste on only one of the rainbow for texture and sparkle to the rainbow. Using the Over the Rainbow and Over the Rainbow sentiments, I stamped the pattern over the rainbow, the hearts and the sentiment using Oreo hybrid ink. This adds pattern and contrast to the rainbows. I trimmed the panels and adhered the panels to the Sea Salt card base using foam adhesives. A few Bits and Pieces Drip Drops on the card front to complete the cards.

Here are the individual photos of the rainbow cards. 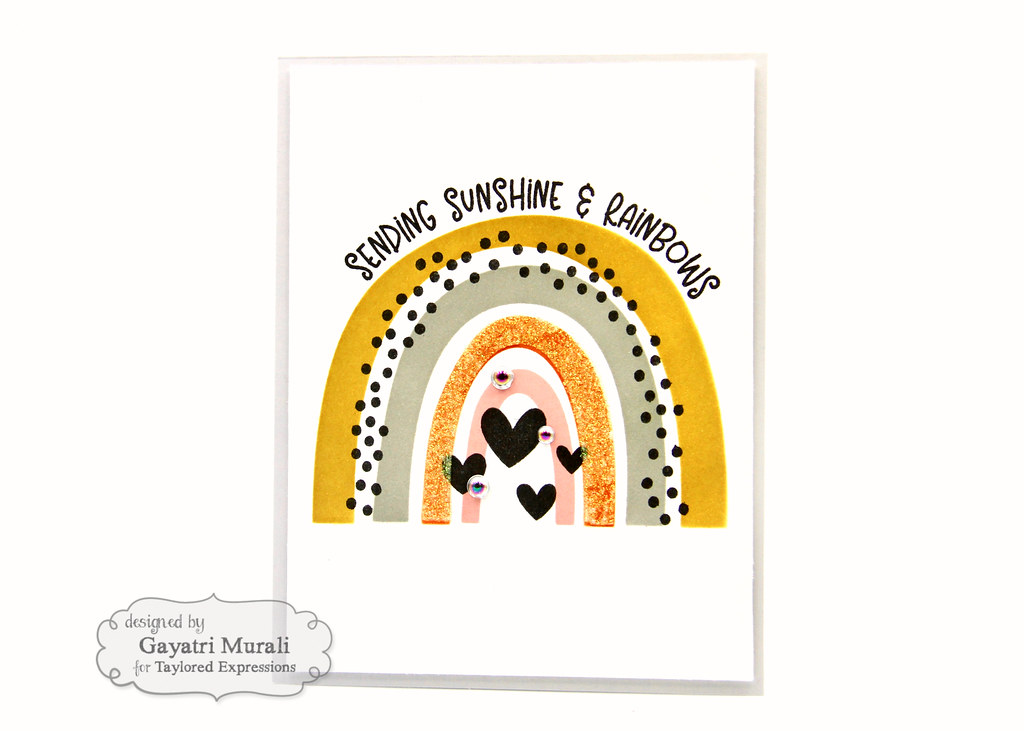 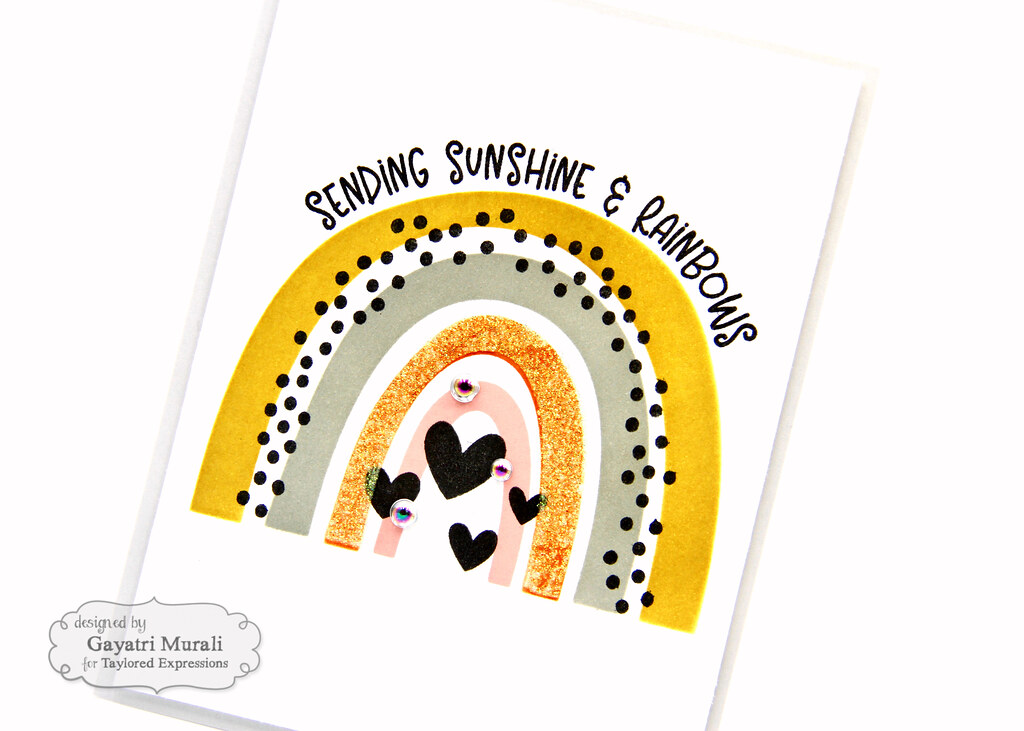 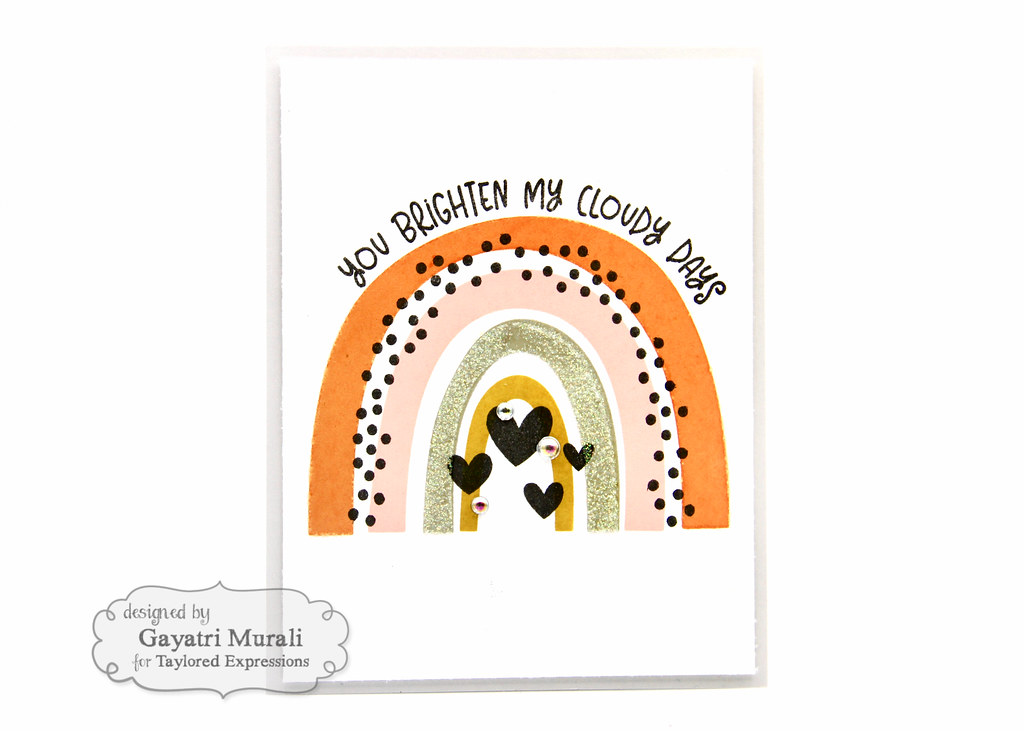 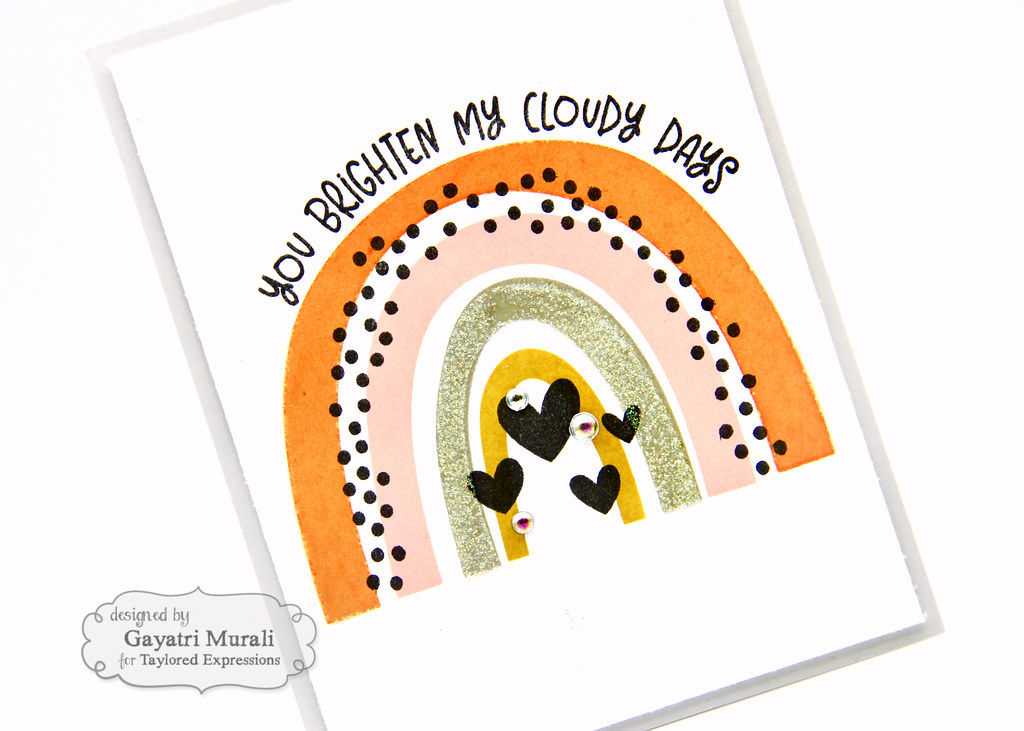 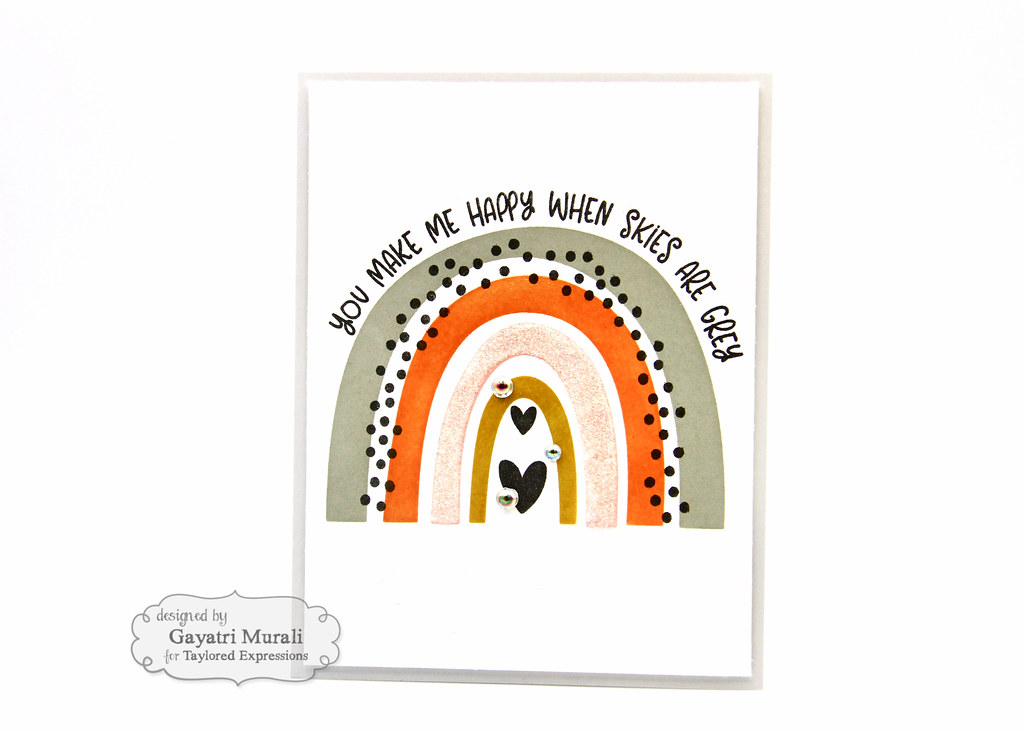 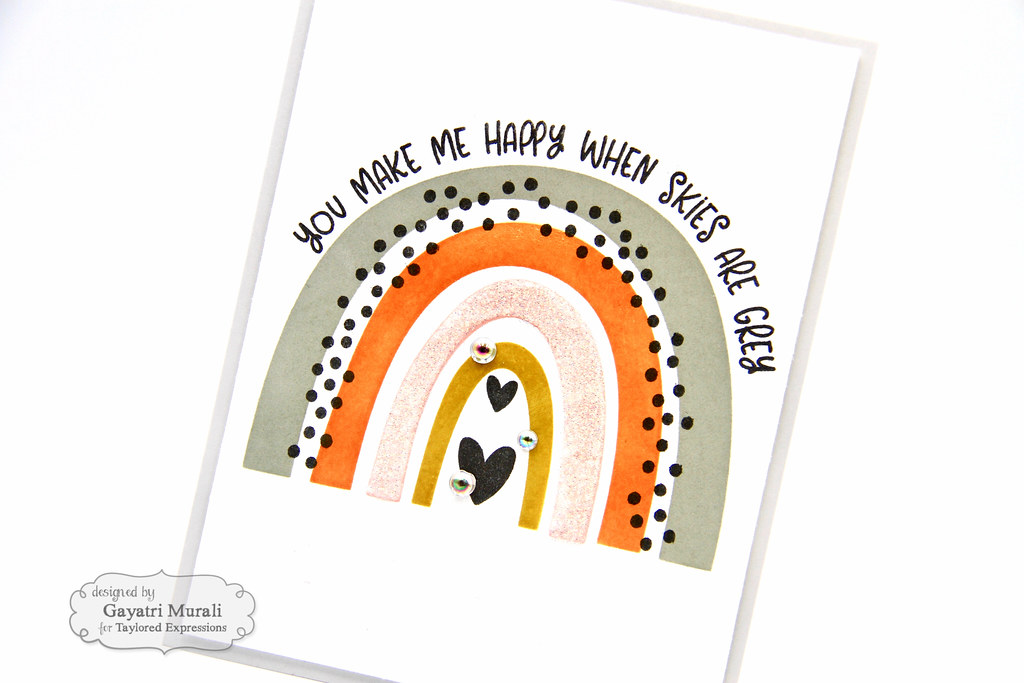 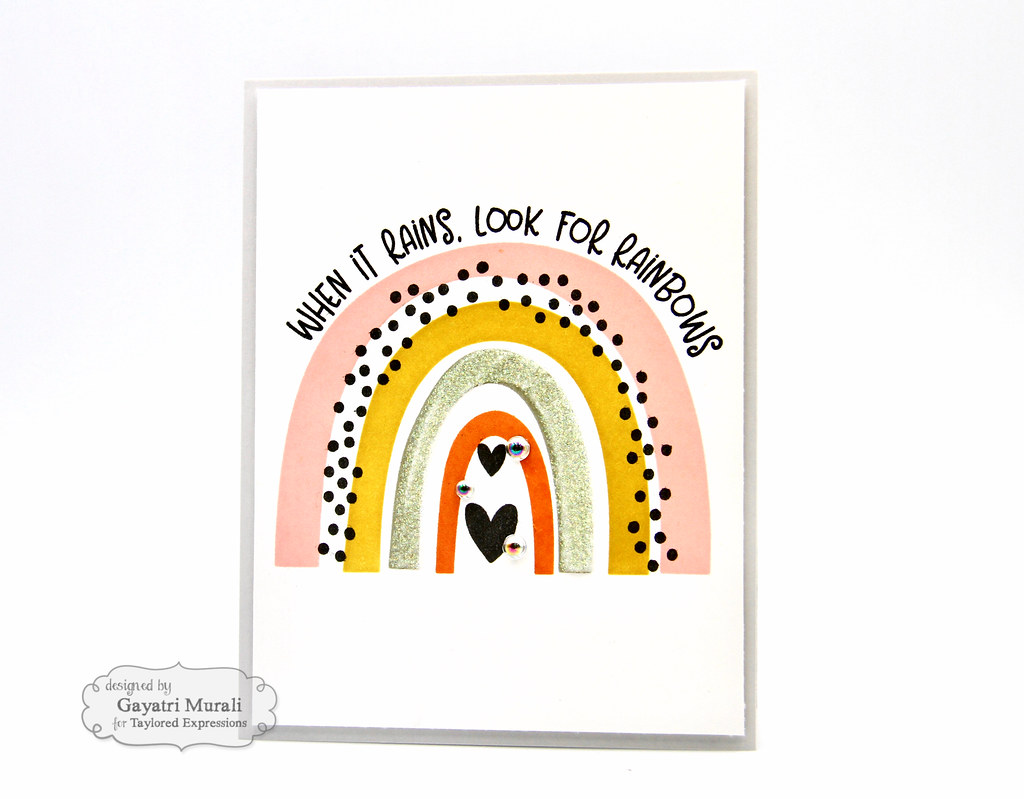 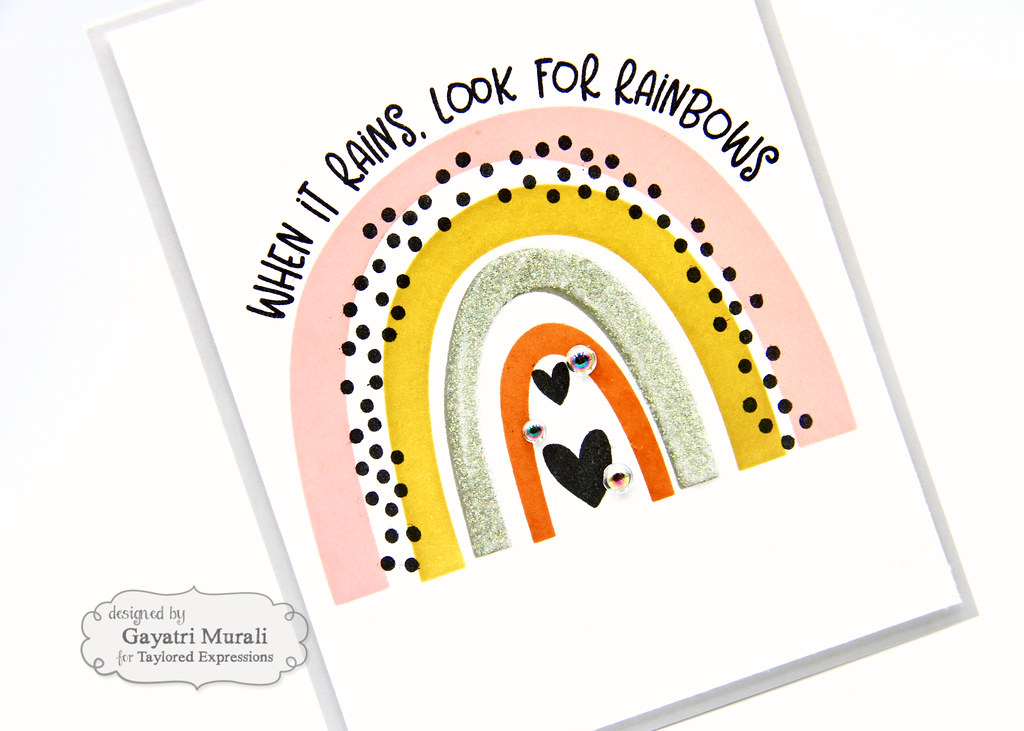 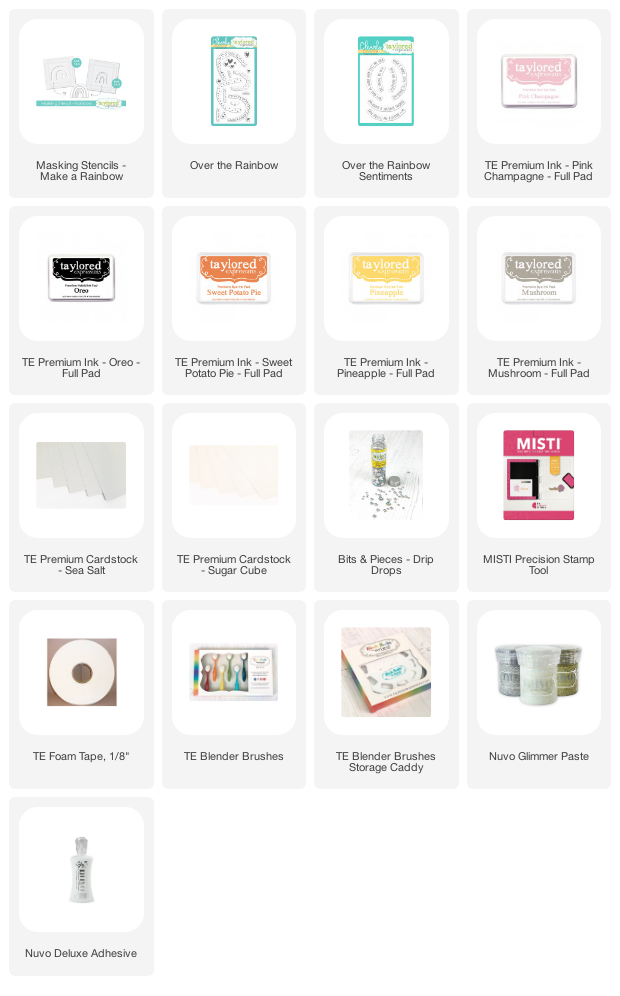 A pack of our exclusive Rainbow Brights foil free with purchases of $50 or more.

Head over to Taylored Expressions Blog to check out other designer’s projects using the new release products as well as inspiration from Taylor.

Thank you for taking the time to visit my blog today. Have a wonderful day!

Another exciting year @mudracraftstamps! Yay! And

Spaced out! Been sitting like this for a bit. 😄

Totally loved colouring these mermaid tails from B

With weather warming up, it was time to get some o

My indoor plants are loving some warm weather.