Hello everyone, From the sunny North Queensland where I am right now, sharing a card I made using Simon Says Stamp More Spring Flowers Stamp Set and Modern Circle Cut Out die. I have been hoarding this die for some time. I didn’t know what to do with it. Then suddenly stuck with the idea of using the die to add texture and interest to the background behind a cluster of flowers. I tried to emboss the die on the background panel but I was not happy with the embossing because it was a bit too subtle for me. It would be great to emboss on watercolour paper which is thicker and also add some water colour wash and spatters as well. That would be great. But for this card, I decided to die cut them. Here is the card first. 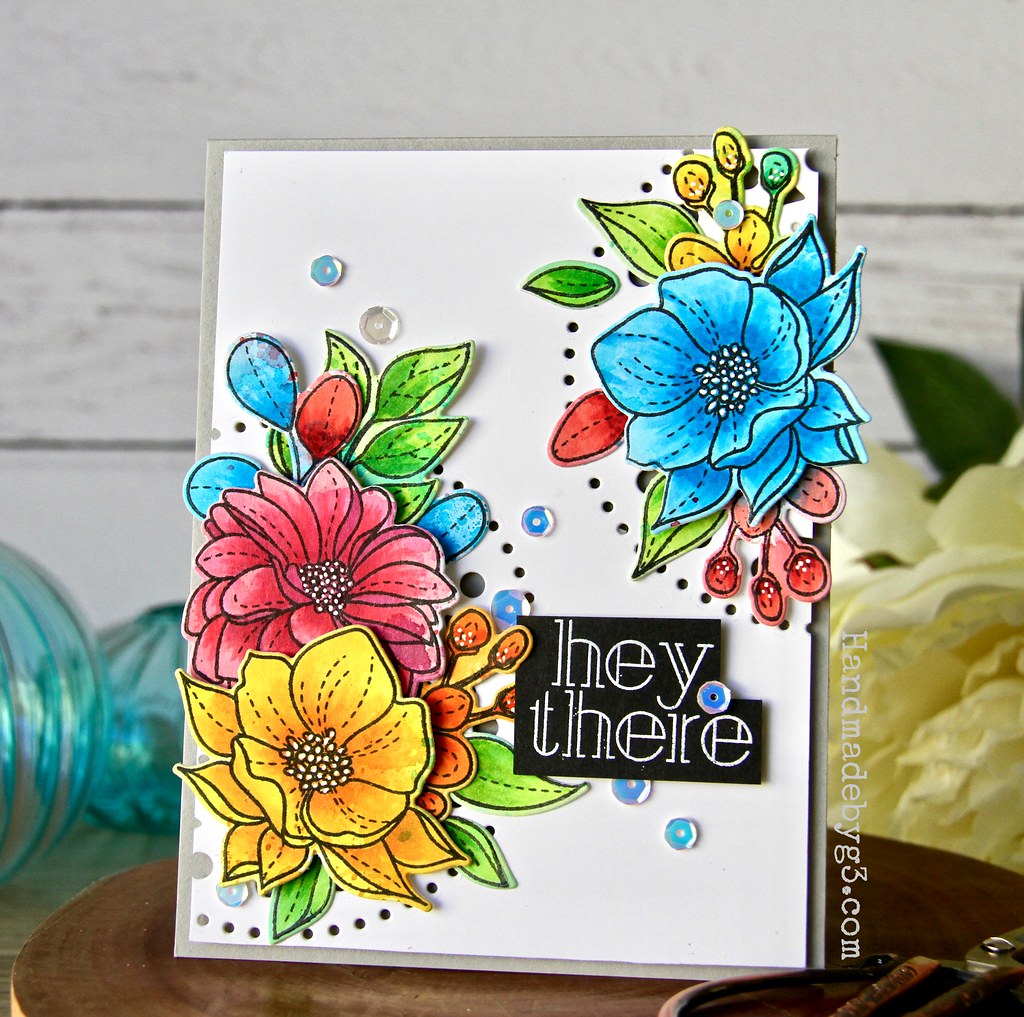 I used the leftover flowers I smooshed and copic coloured for a previous card to make two floral cluster. On a white panel trimmed to 4″x5.25″and used the Modern Circle Cut Out die to die cut twice. Both diagonally opposite on the panel and offset. Although most of it will be covered by the floral cluster, there is still a texture and interest on the background. 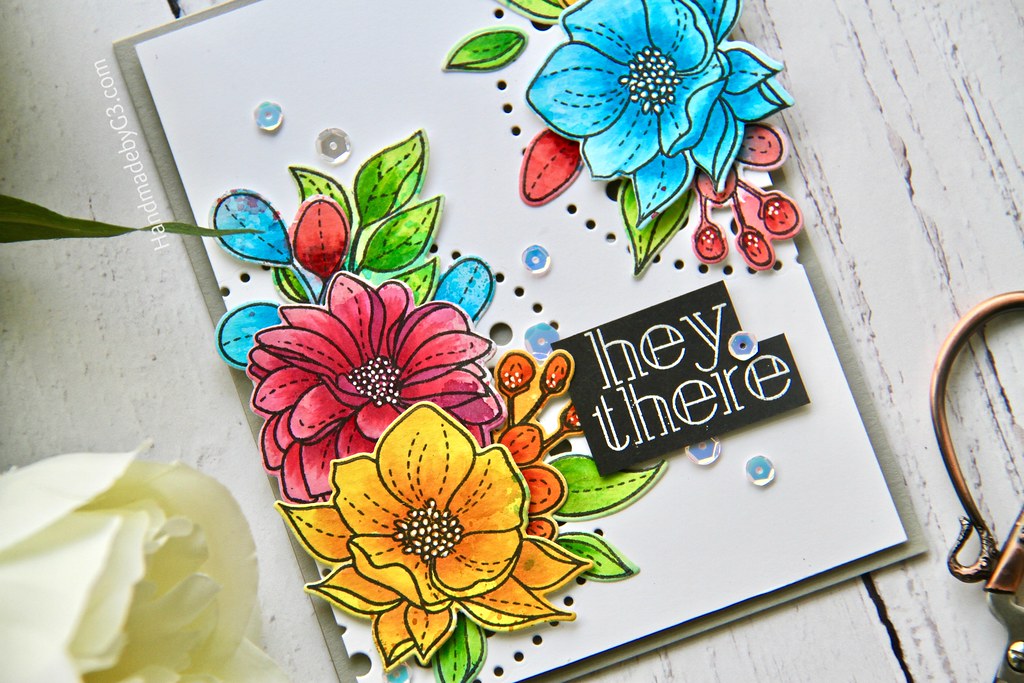 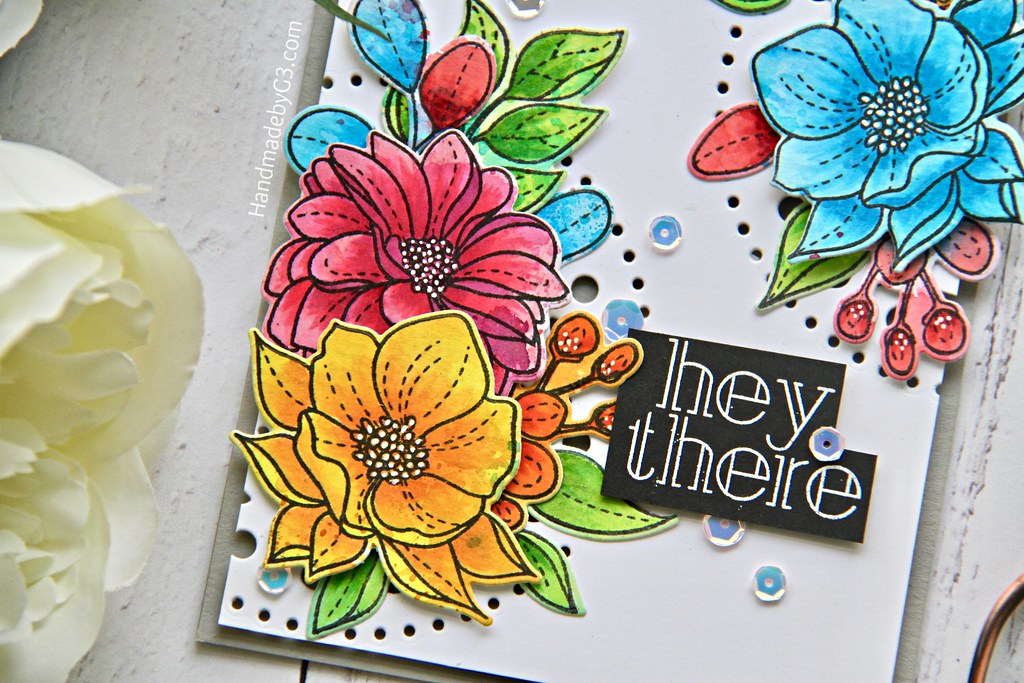 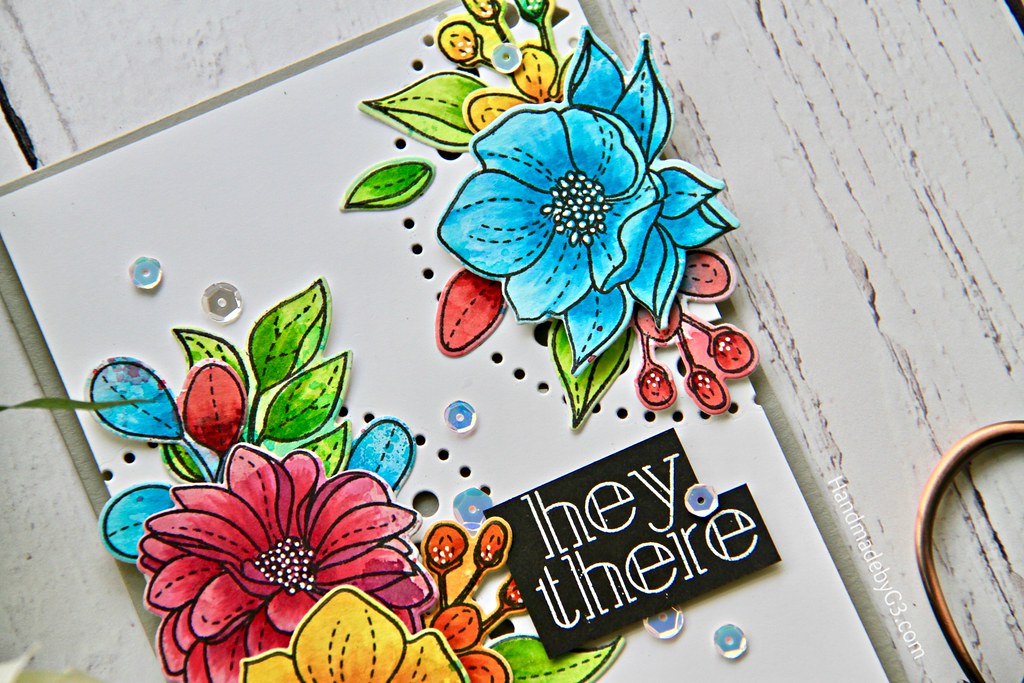 Another bright card with rainbow colours. Hope you like it. All supplies used to make this card are listed below. 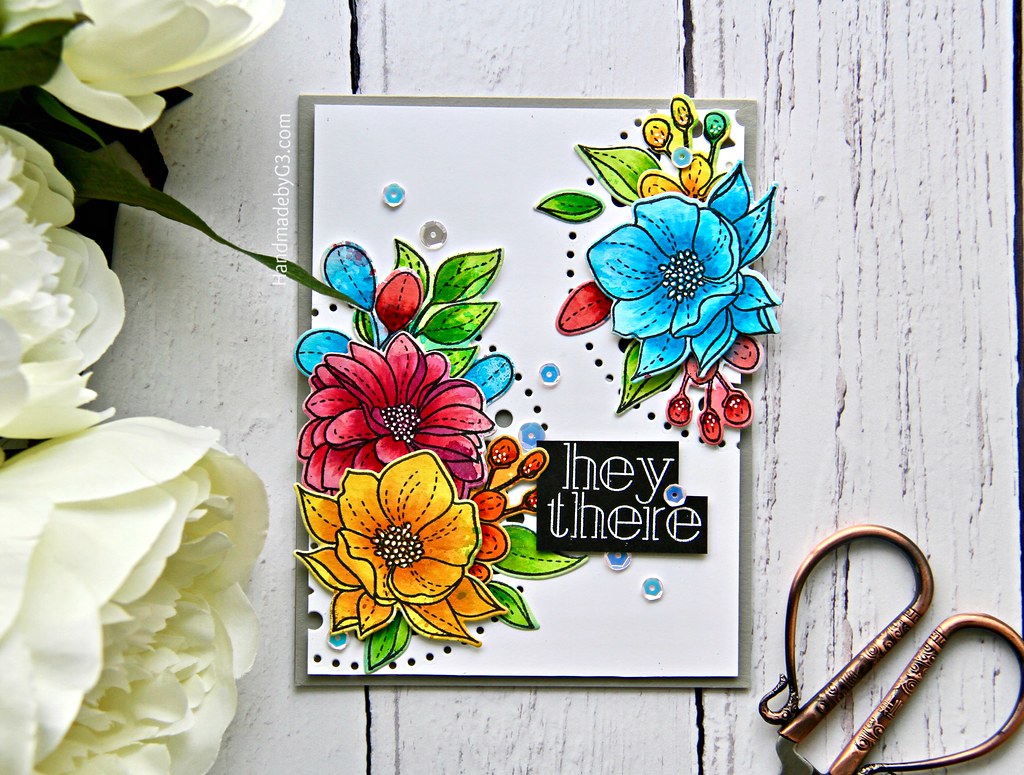